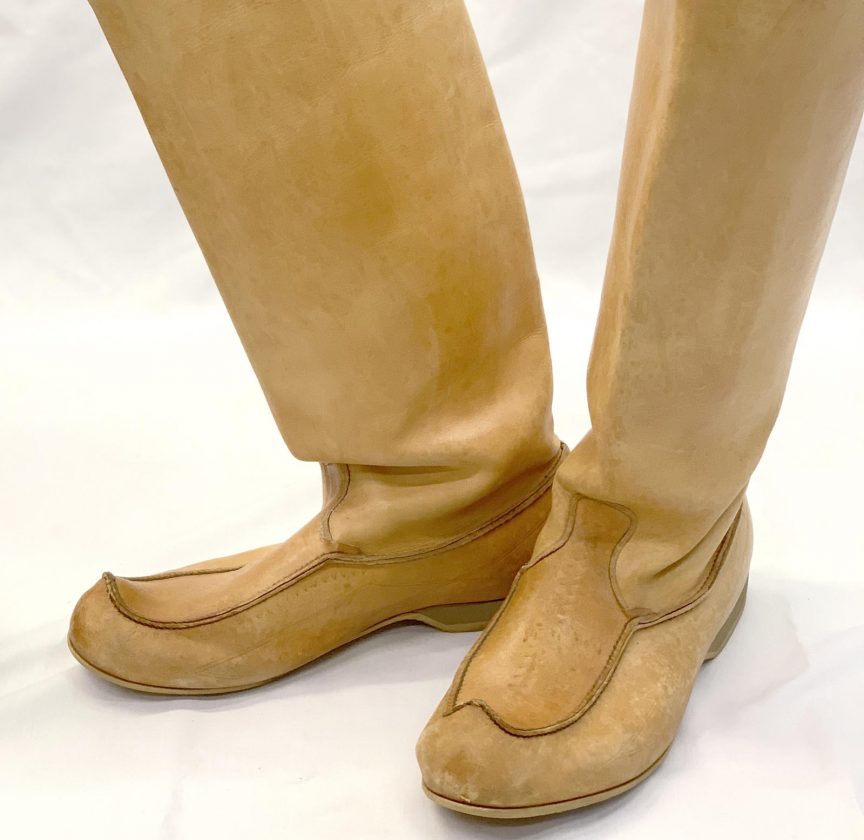 (provided photo) Every element of the lapikkaat – the durable leather, the curled toe, the wooden-pegged soles – all speak to the practicality of the Finns who crafted these distinct boots, but the combination of these elements resulted in stylish footwear that’s today sought after by Finns and non-Finns alike.

Whether we travel across the seas ourselves, or simply watch the evening news, we take for granted that in the 21st century most people around the world dress pretty much the same as we do. It’s very much unlike when the Upper Peninsula and the rest of the United States was settled more than 100 years ago. Back then, immigrants were easily recognizable by the clothes and shoes they wore.

So it was when the Finns began to arrive in the Copper Country – women with their finely woven home-spun striped skirts and white scarves (huivi), and men with their birch-handled knives (puukko) hanging from their belts. With Finnish men and women alike, down to the youngest toddlers, the most distinguishing apparel was their curled-toed boots (lapikkaat). A well-known Finnish proverb says that a beloved child has many names (Rakkaalla lapsella on monta nimeä). If the expression bears true, these distinctive boots bear the proof. The term lapikkaat, with the root word Lappi (denoting Lapland), refers to the knee-length boot with a curled toe worn in Finland’s north country. Often these boots have an overlapping layer, which can be turned over to extend the entire length of a man’s leg – and used when the winter snows are exceptionally deep.

In some Finnish dialects the boots were called lapatossu, which is more commonly a pejorative for a foolish, non-conformist buffoon, made popular in Finnish cinema in the 1930s and ’40s. In the United States “Lapatossu” was a bi-monthly satirical publication of Työmies-Eteenpäin (Superior, WI), which appealed, and sometimes offended, readers well beyond the Finnish socialist circles.

In English, such boots are typically called Lapland Boots, but also Finn Boots. And, among Finnish Americans the term “shoepacks” (suupäksit) is a common Fingliska term.

Hancock, Michigan had a “Shoepack Alley” as well, referring to a cluster of Finnish endeavors, including Kansankoti (The People’s Hall) a large labor hall, restaurant and library complex, briefly the newspaper “Työmies,” and the tavern run by the famous Finnish Giant — Big Louie Moilanen.

The curled-toe feature of the lapikkaat – more functional than decorative – held one’s ski straps. Consequently, the tradition of making the Lapland boot particularly remained in the snowy rural areas of the Upper Midwest well into the 20th century.

In recent decades, it’s become increasingly rare and difficult to obtain a pair of lapikkaat or supikkaat, a shoe iteration of the boot, used particularly with Finnish national costume and when dancing.

That’s why the Finnish American Folk School has enlisted a pair of Finnish cobbling experts to travel to Hancock to lead a workshop in the folk art of crafting these unique, stylish boots and shoes.

Beginning September 30, Finnish cobblers Juhani Männistö, of Kankaanpää, Finland, and Ari Tylli of Lappeenranta, Finland, will teach students to craft their own pair of traditional Finnish leather boots or shoes. Männistö is an instructor at Sataedu, the only vocational school teaching the craft making Lapland boots and shoes anywhere in the world, while Tylli is regarded as the most prolific maker of lapikkaat and supikkaat in Finland, having learned the craft from his father and grandfather.

For only $300 per person to craft lapikkaat ($240 to make supikkaat), students will receive hands-on instruction over the course of five to eight days (dependent upon the pace at which students can comfortably work) from these two craftsmen, and at the end of the course, walk out of the FAHC wearing their own pair of boots or shoes! Materials and tools will be provided; advanced registration is required and must include the participant’s shoe size to ensure that the instructors will have appropriate materials on-hand for each student. All registrations for the class must be made before September 23. 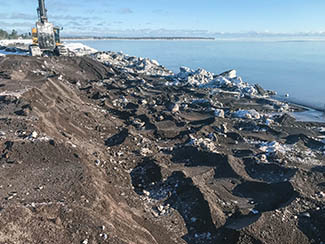 LANSING - The Michigan Department of Agriculture and Rural Development is now accepting applications for its latest ...