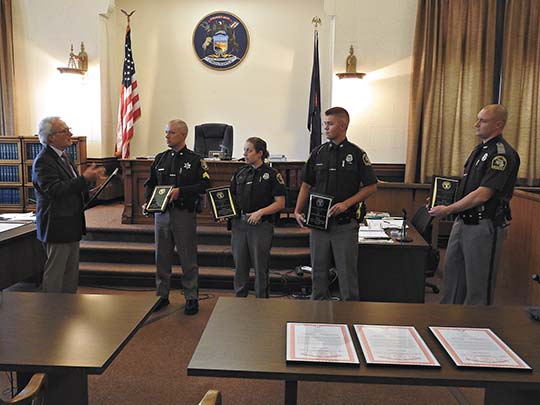 “I did the job for 20 years, I never did anything like that,” said Jim Tignanelli, president of POAM.

Miles and Tolkkinen were on road patrol when the call came in about Markham. Finding the road impassable, they got as close as possible by maneuvering along side roads, then running through water an additional mile to the house.

When they arrived, they found family and a first responder from Stanton Township performing CPR on Thatcher in the kitchen. Miles took over CPR, while Tolkkinen went to the marina, where he found a boat with the keys still in it. They commandeered the boat, steering it through debris to the Hancock City Campgrounds boat lunch.

Harju, who was on desk duty, took a boat with Pelli to the Hancock marina, where they met the others.

Miles continued CPR on Thatcher in the ambulance, while Tolkkinen rode with Thatcher’s father in the patrol car to get to the hospital. Harju and Pelli went back to Markham’s Marina to pick up Thatcher’s mother to bring her to the hospital. They assisted the family and others for several hours before returning the boat to its dock.

Emergency room doctors at UP Health System – Portage obtained a pulse on Thatcher and escorted his parents to see him as he was being stabilized. He was airlifted to a children’s hospital in Ann Arbor, where he died a day after the flood.

The things officers see do not go away when their shift ends, Tignanelli said.

“Everybody can’t do what you do,” he said. “It’s hard, and harder than ever to hire good ones. And you’ve got good ones here.”

Tolkkinen was humbled by the award.

“Every day you go to work, you never know what’s going to happen,” he said. “You have to be ready to respond to any situation. It’s great to be recognized for something, but there’s a lot of other heroes from that day, too, who I wish could have been recognized – all the hard-working volunteers.” 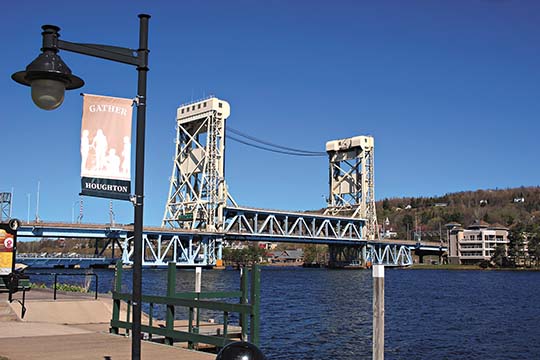 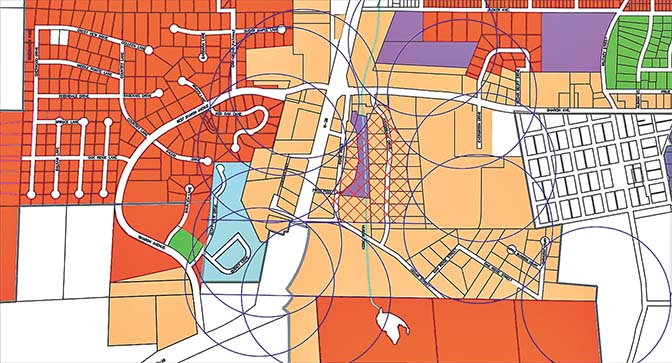 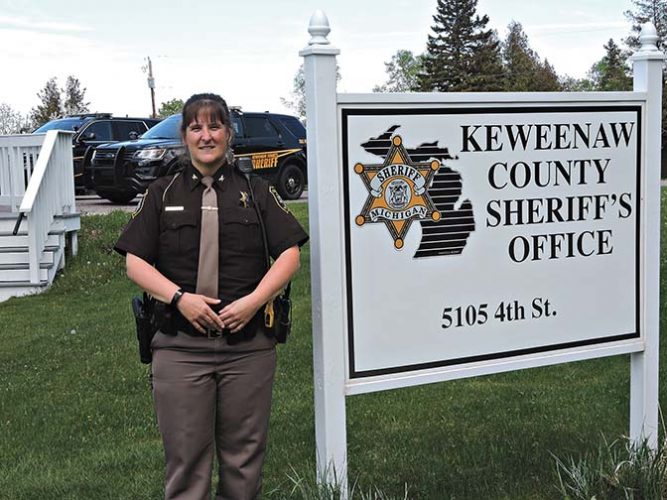