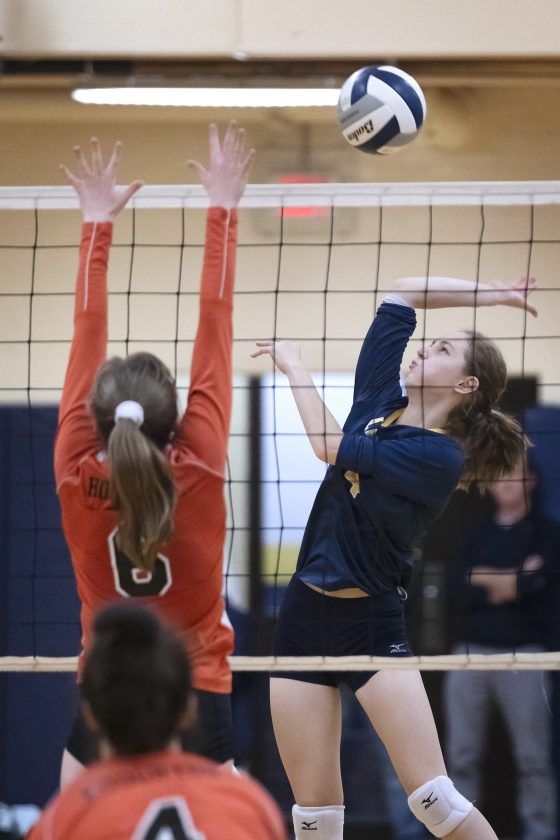 LAKE LINDEN — Lake Linden-Hubbell’s 3-1 win over Houghton on Thursday in volleyball might be classified as an upset by many observers.

But Houghton coach John Christianson wasn’t among those.

“They have a very good team,” Christianson said. “They have very skilled players. Jamie Hendrickson does everything well and Joslyn Perala took over the match tonight at times, she’s very good.”

The downfall of the Gremlins proved to be some costly mistakes in their serving game.

No less than three times, the HHS spikers made mistakes into the net.

“When you make mistakes near the end of a game, a good team is going to take advantage of it.” Christianson said. “We had them in the third an fourth sets tonight.”

LL-H coach Mandy Perreault said her team’s resilience was the key to the Lakes’ first win over Houghton in six years.

“We’re not big, so we have to be smart,” Perreault said. “We’re lucky to have girls who can jump and are smart.”

After winning the first game behind the steady play of Daityn Markham, Houghton appeared to be on the way to a win in the second set.

But the inside play of Perala, who had 12 kills in the match, keyed a rally from a 15-10 deficit.

Hendrickson and Camryn Crouch were big on the third set, coming up with several big digs.

The fourth set was in doubt as LL-H fought back from a 14-10 disadvantage. Melissa Wagner made a big defensive play with the score reading 23-22 in her team’s favor.

Perreault cited the lack of errors in the match by the Lakes.

“I think that was very important, minimizing our mistakes,” she said. “That’s been one of our problems, we have tended to shoot ourselves in the foot sometimes.”

Wagner paced the 7-2 Lakes in aces with four. Perala had 25 digs, with Crouch picking up 22 and Hendrickson getting 17.