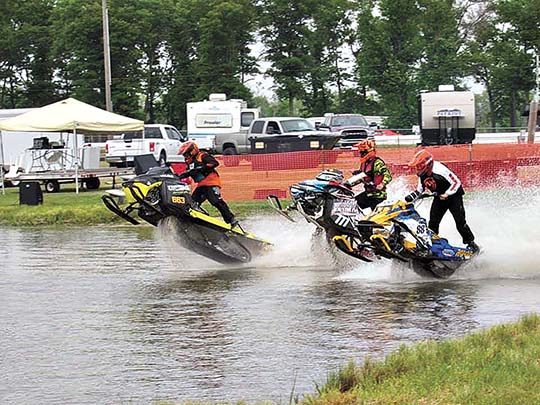 BRAINERD, Minn. — On June 6-7, several local watercress riders traveled to Brainerd, Minnesota, to take part in a series of faces at the Brainerd International Raceway (BIR). Mohawk native Teddy Laurie led the way among the racers, earning a pair of wins in Semi Pro Open and Semi Pro Stock.

The races took part during the first weekend the BIR was open. For all the riders, the experience was less than ideal, but they enjoyed the experience all the same.

“It was a very long weekend for all of the racers because of the COVID virus,” said Neil Marietta Jr.

Because it was the opening weekend of the 2020 season, the rules made racing difficult. However that did not deter the racers.

“It was the first weekend BIR was open and due to social distancing,” said Marietta Jr., “we were only allowed one person per driver into BIR. So everyone was very busy in the pits.”

Laurie took first in the Semi Pro Open, with Marietta Jr. taking third. Later in the day, Laurie won the Semi Pro Stock. He finished up a strong showing with a fourth-place finish in the 800 Drags.

Another local racer, Cole Lassila, won the 600 Drags. Nick Trezona earned a third-place finish in the drags as well.