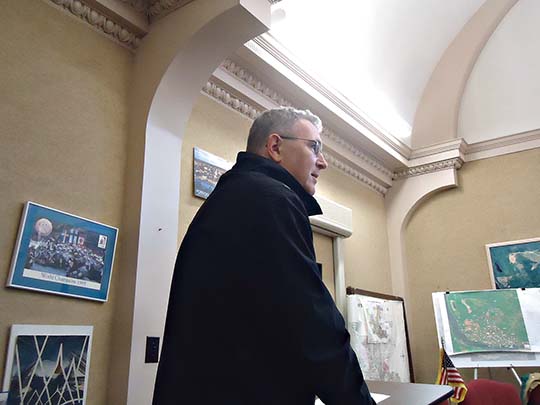 (Jon Jaehnig/For the Gazette) Concerned citizen and previous mayor John Haeussler spoke during public comment at both this month’s City Council general meeting and this week’s meeting of the Planning Committee to encourage the City Council and the Planning Commission to work together on ordinances that impact zoning.

HANCOCK — Planning Commission members drafted a letter to the Hancock City Council to demand involvement on recreational marijuana ordinances at a meeting of the commission Monday evening.

The Hancock City Council created a Recreational Marijuana Committee to research Hancock potentially opting in to Michigan’s legal recreational marijuana infrastructure as well as to propose any ordinances that would be needed.

At a special meeting of the Hancock City Council earlier this month, the Recreational Marijuana Committee proposed three ordinance changes for Hancock to opt back in. One of those ordinances would create an “agricultural overlay district” over a portion of downtown Hancock that would allow marijuana businesses to grow the plants where they would be sold. Because this would involve a change to the zoning ordinances, the Planning Commission should be more involved, according to concerned citizen and former Mayor John Haeussler.

Discussion at the meeting found the Planning Commission, including council members Ron Blau and John Slivon, who is also on the council’s Recreational Marijuana Committee, unsure regarding the overlay.

“This is all new to us also,” said Slivon. “(The overlay) was a little bit strange to me.”

City counselor and Recreation Marijuana Committee member William Lytle had said at previous meetings that the overlay would allow microbusinesses that would bring more jobs to the area than retailers who were not allowed to grow on the premises. Planning Commission members expressed uncertainty that an agricultural overlay district was required, even for this type of business.

“There’s nothing in (the proposed ordinances) that requires an overlay, from what I’ve read,” said Planning Commission member Kurt Rickard. “In reading (existing ordinances) … it already defines what kinds of businesses you can and can’t have, so what makes more sense than an overlay would be to just change those existing ordinances.”

The discussion culminated in the drafting of a letter to the council insisting that the Planning Committee be involved in writing or amending ordinances that impact zoning.

“The council can do what they want, but we should be able to approve it,” said Rickard. 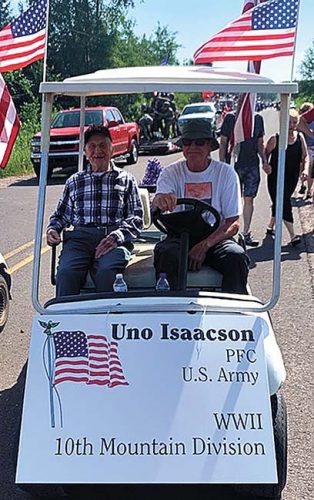