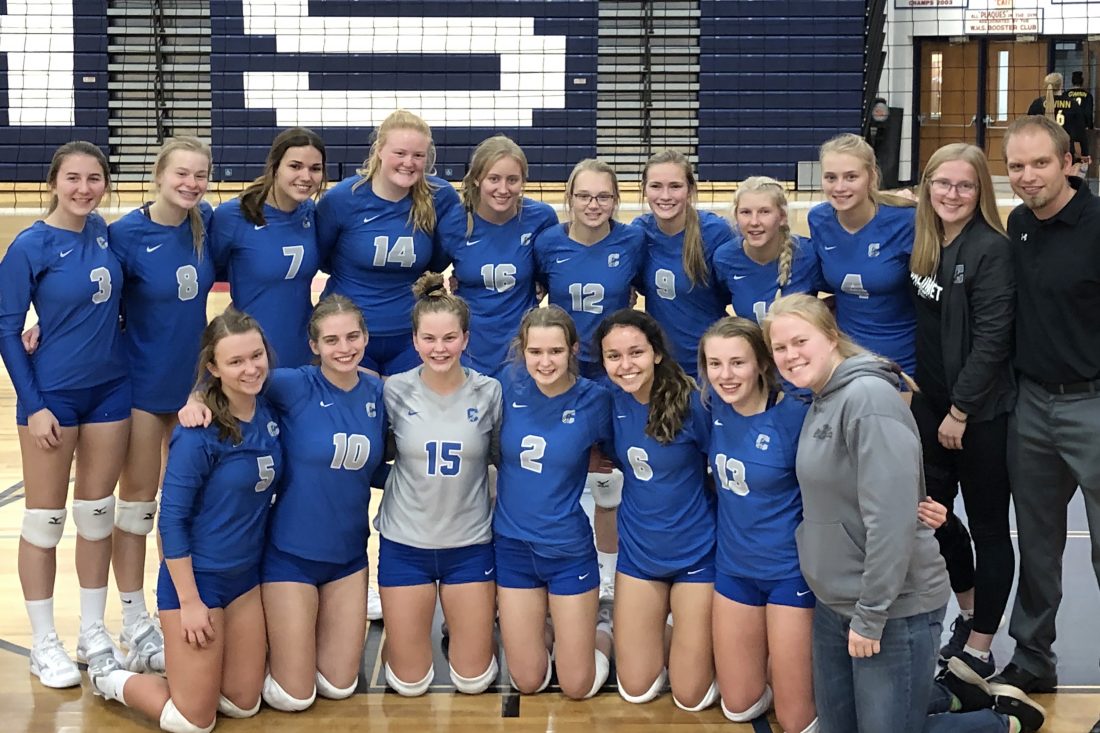 The Copper Kings defeated the Patriots, 25-20 and 25-21, to seal the victory in the championship match.

In the semifinals, Calumet defeated Houghton, 25-21 and 25-22, to earn a spot in the championship match.